“Messages from all over the world”

After a massive earthquake and tsunami hit the east-coast of Japan in March 2011, we donated solar collectors to the people of the region and showed them encouraging messages from all over the world. Participants of many different countries sent us tender-hearted messages for the victims. They were translated into Japanese and handed over to the people as a collage. 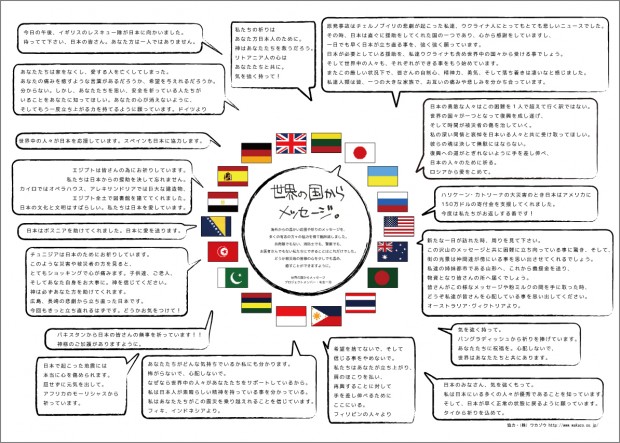 – a campaign for children –

Most children have at some point wished to be a king or a queen. This campaign made their dream come true. We transformed them into little kings and queens for a day, gave them a crown and let them sit a throne. Real politicians became their loyal subjects and asked the children to giveout advice in politics.

This campaign was supposed to make children think about how to improve their own imaginary kingdom. It may have provided a basis for them to be interested in thinking about many different ideas to improve the political situation of Japan in the future.

Shops who participate in the project reward customers who prove their participation in the elections with special offers or small discounts.

The crucial factor of choosing Saitama as the place to start the project was its’ extremely low participation rate in the last elections.